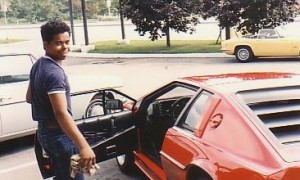 Wayne started his career at Jaguar in 1987 after completing his apprenticeship servicing exotic cars such as: Rolls Royce, Jaguar, Mercedes, Ferrari, Lotus and Mazaratti. He became a Master Technician at both ‘Scarborough Suzuki’ and ‘Scarboro Subaru and Suzuki’ between 1988 and 1992 before joining a private shop with an active race program. There he gained 10 years of experience preparing and maintaining cars for the Gramd-Am Series (Koni Challenge) and the CASC Nissan Sentra Spec series as well as joining the pit crew for endurance racing at Mosport. In 2008, Wayne founded WAY’s Performance Services.

Wayne has also been an amateur performance driver throughout his career. In 1987 he was award Rookie of the Year and took Class Championship for both CASC SOLO I and SOLO II in his Suzuki Forsa Turbo. He also achieved SOLO I Class Champion and Second in Class for SOLO II the next year. In 1990 Wayne prepared and drove his yellow Austin Mini Cooper S in the Ontario GT3 Series and then continued on to join the Suzuki 24 Hour Race Team at Mosport in 1992.